In 1991, at the initiative of Denmark's Consumer Ombudsman, plans emerged for an informal network of consumer authorities from various countries, involved with the enforcement of fair trading practices. The network’s purpose would be to find ways of co-operating on tackling consumer problems connected with cross-border transactions in both goods and services, and to help ensure exchanges of information among the participants.

In 1992, at a meeting in London hosted by the then, United Kingdom Office of Fair Trading, participants agreed to a Memorandum on the Establishment and Operation of the ICPEN (the ICPEN MOU) which formally established the International Marketing Supervision Network.

At a meeting held in Sydney in 2002, the name of the Network was changed to ICPEN to better reflect the work of the Network. The ICPEN MOU has also been amended a number of times since 1992.

The Network operates under a rotating presidency. On 1 July 2022 the Australian Competition & Consumer Commission, assumed the role of the 2022-2023 ICPEN Presidency. And then, on 1 July 2023, the presidency will transfer to Poland, under the stewardship of the Office of Competition and Consumer Protection. ICPEN is a geographically diverse organisation and our mission is to protect consumers worldwide. 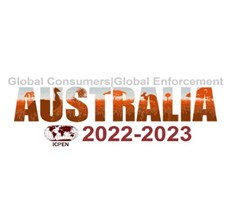 The presidency is supported by an advisory group composed of the current, former and future Presidents and nominated representatives from within the membership seeking geographical representation and rotating participation of different member organisations.

The ICPEN comprises three types of participants: Members, Partners (marked with *) and Observers (marked with **). Click on a chosen country to be directed to its consumer protection authority.

As at April 2021 ICPEN has member authorities representing 70 countries and 3 partner organisations with membership pending. ICPEN has 6 observer authorities.